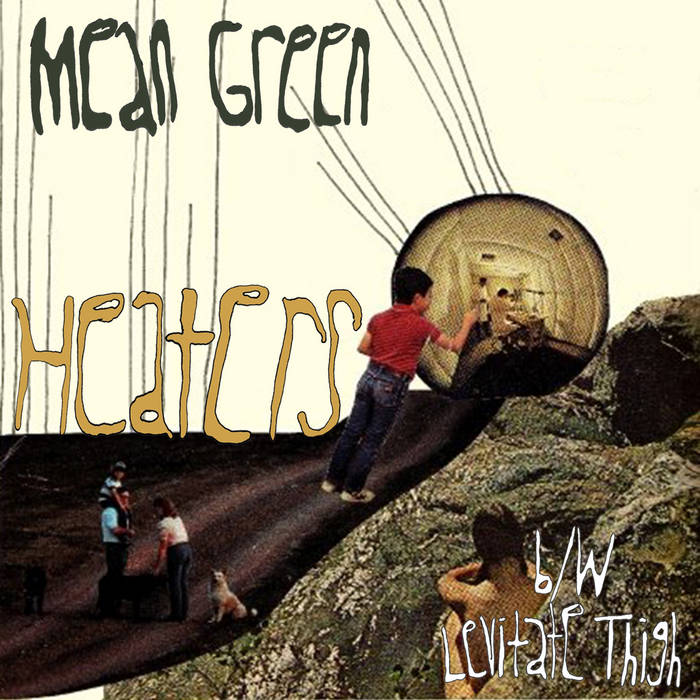 If it takes any more than fifteen seconds to hear what “mean” means to the Michigan men who make up Heaters, pick up the needle and start again. “Mean Green” is the A-side track of the band’s new seven-inch single from Beyond Beyond is Beyond Records, presenting a surf-centric slab of sonic stomp that doubles as a definition of “mean.”

In the case of Heaters, “mean” is meant in the context that might be used to describe a 1970 GTO piloted by a jittery Warren Oates – not belligerent, but aggressive, blank-eyes staring at the horizon, fueled by dread and ready to accelerate into the nearest dangerous curve. What’s “green” about “Mean Green” then seems to be Heaters ability to glide into this path naturally, snaking absolutely without hesitation through the song’s tight turns in a way that’s insistent and invigorating.

The flipside of the single, “Levitate Thigh,” proves the band to be possessed by the power of rock and roll, initially bringing the tempo to a stuttering slow-roll, before Heaters are once again the willing captives of a Seeds-level web of sounds, guitar snarl, feedback and drums creating the trap in which the band has no chance – and no desire – to escape.
– RevoltoftheApes.com