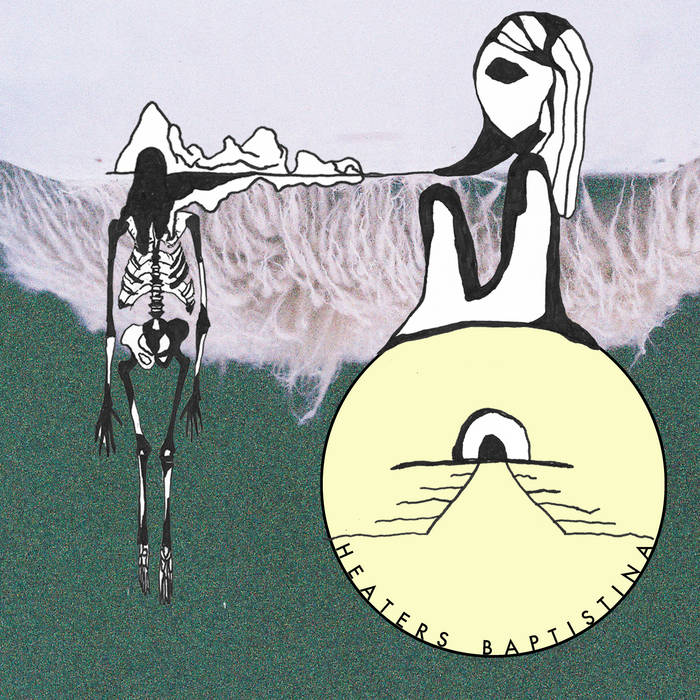 Lightningpsych A jaw dropping album from opening track Centennial to the furious climax of the final track Sea Foam. I love every minute of it and am in love with the sound of Heaters - stunning blend of psych, garage and surf rock. Favorite track: Seafoam.

Brett Vanderhoof It's real f-king good. great f-king band, no favorite track, cause I like all of them!

Less than a year after the release of “Holy Water Pool” – Heaters’ debut, a crushing, revelatory psycho-surf-rock anointment-as-album – there are no apparent signs of distress to the engine that powers this Michigan-made vehicle of sound. To the contrary, Heaters are operating at a higher horsepower than ever before, as evidenced by the 2016 release of “Baptistina.”

“Baptistina” glimmers to a greater degree than anything Heaters have previously unleashed, a full-spectrum sheen that shines across the full panorama of righteous reverb riots. Heaters are in full control of their machine from the opening, looped-lunacy of “Centennial” to the final crash of “Seafoam,” forty-six minutes later – and yet the result of this increase in control can be heard as a willingness to crash their ship completely. But have faith in the pilots – Heaters are living for the next ride.

“Centennial” rides the wave effortlessly, setting the tone for the album in full, hovering in the atmosphere above strutting, Bolan-blasts of riff-rock-lift-off perfection before letting the edges drift and blur, exploring the gravitational pull of less solid ground. Taking the first three songs of “Baptistina” – “Centennial,” “Ara Pacis” and “Orbs” – together is to take the sacrament of a singing, searing psych-rock sinfonia, an expertly-constructed breed of amplified surrealism, framed by the tight corners and unmistakable electric glory of what was once known as rock and roll. It doesn’t matter thatHeaters are not trying to answer the musical question, “What if Grand Funk Railroad got really into Flying Saucer Attack?”; what matters is that the answer is there for the taking.

The album’s centerpiece may very well be “Garden Eater,” a perfectly prepared prescription of the relentless sonic schizophrenia in which Heaters deal so effectively. At nearly eight and a half minutes, it’s about twice as long as anything that appeared on “Holy Water Pool,” giving ample room for the band to spread their sound into broad, bold new dimensions – hypnotic, Hawkwind-hued chanting harmonies, anyone? – without ever detaching from the very root of their sound. It’s perhaps no surprise that the following track, playfully named “Dali,” would be a throbbing reminder of the persistence of memory, given its Silver Apples-esque flavor precedes the perfectly placed flower-power-pop of “Mango.”

The final three tracks of “Baptistina” recall the superb symmetry of the album’s opening trio, an undeniable triptych of pace, power and persona, garage-rock gurus emerging from thin air, spent snares and a dramatic lack of cares. On “Baptistina,” Heaters don’t sound weirder than before – they simply are.- Ryan Muldoon