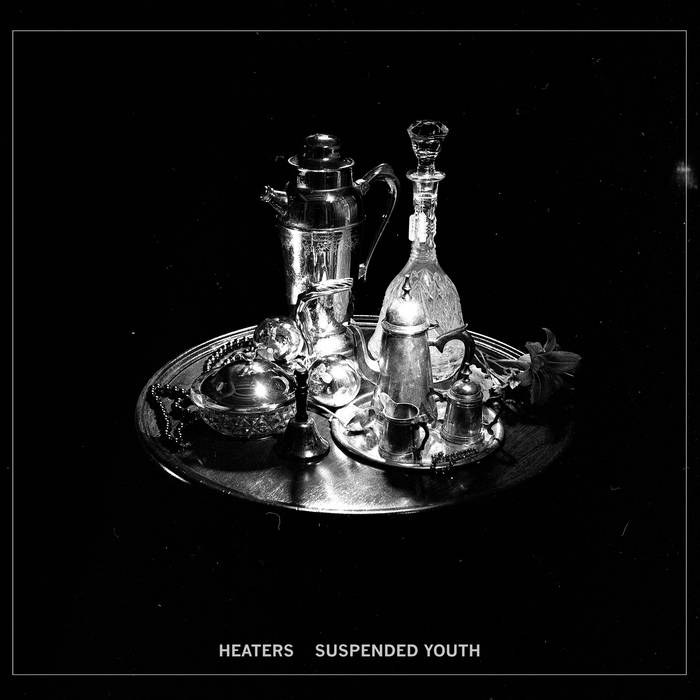 Golden Apples This album is a must-have for any Heaters fan. Can't wait to catch these guys on tour.
Favorite track: Venus.

Heaters are back! And on this, their fourth LP in as many years, we find their sound has aged like a fine wine. The evolution of Heaters over those 4 years has been a thrill to hear, from the original sonic maelstrom of three young men to a seasoned 4-piece unit totally finding its groove and its voice the further it ventures on. It’s also true that Heaters have grown exactly 4 years over that time, which is quite substantial when you’re talking about dudes in their twenties. “Suspended Youth” is the first album where Heaters lived in two different places, Grand Rapids and Montreal, and couldn’t just come up with songs while hanging together in their GR jam space. This time, ideas were cultivated in separate places and then stitched together when Nolan (Krebs) would fly to Grand Rapids to record in guitarist Ben Taber’s studio. Nolan says it was a longer process, but ultimately just as rewarding.

“Suspended Youth”: is it a full dissolution of youth, or youth put on the back burner till we’re old enough to appreciate it, or is it the actual physical suspension of youth? Youth levitating, if you will. Many of the songs have an overarching theme addressing the march of time and getting older, and valuing peace as much as chaos, the yin and yang that is life; something that comes through in the overall sound, too. You have never heard a Heaters quite as balanced as on “Suspended Youth”; balancing their whirlwind sonic rave-ups with steady motorik lock-ins. For example, marvel at Nolan on bass and Josh (Korf) on drums completely in swingin’ robots mode on the last 3 minutes of ‘Venus,’ a track full of texture and synth vs. guitar compositions from Ben and multi-instrumentalist Ryan Hagan. Never have you heard Heaters vocals as clear as they are here (dig ‘Lysander’ and ‘Monolith’), harmonies so dreamy (hear Nolan and Ben on ‘Highwind’ and ‘Dandelion’), and melodies so beautiful throughout. And Heaters are no strangers to bringing the bizarre vibes, just check out the closing 11 and a half minutes of the album, ‘Nova Prime’ and ‘Lunar Creep.’

This is the sound of a band making the conscious decision to age gracefully and to grow artistically…and on their own terms.